Качество видео: WEB-DLrip_720p
Формат видео: MP4
Видео: 1280-720, 16-9, 29.97 fps, AVC, 3744 kbps
Аудио: jpn, AAC, Stereo, 48.0 KHz, 256 kbps
Описание: Riko Mikami is 34 years old. She is sexless. She is worried that her husband, Qing, is reluctant to live her night life. On the other hand, Toshiaki Goto, who was a beautiful wife 10 years younger than her. Again, I was tired of having a sexless and loveless life. One day, an alumni association is held, and Riko reunites with Toshiaki, who was dating when she was a student. When they confess their dissatisfaction with their marriage, the relationship rapidly shrinks and finally becomes a physical relationship. She is aware of her doing what she shouldn't do, but the relationship continues sly. Disappointed by her husband, who is unwilling to have her child, she soon awakens to her feelings. She said, "She wants her own child. If her husband doesn't feel like it, then ... "
■ Characters appearing
● Riko Mikami (CV: Nao Hamura) main character. Wife of three supernatants. She is 34 years old. She is a married woman who has become completely sober because she has not been seen as a woman by her husband for a long time. She was dating Toshiaki Goto when she was a student. She has experienced kissing and petting, but she has not been inserted. At the age of 30, she met her marriage hunter and Sanjo, a TV station producer. She was looking for a homely woman, she took a fierce approach to him, and she got married speedily. She then becomes a housewife, but she becomes sexless when she notices. As the limit of making her boyfriend approaches, she is dissatisfied with her husband who is reluctant to get into the night life. In her fourth year of marriage, she reunited at an alumni association and she has an affair with Toshiaki Goto. 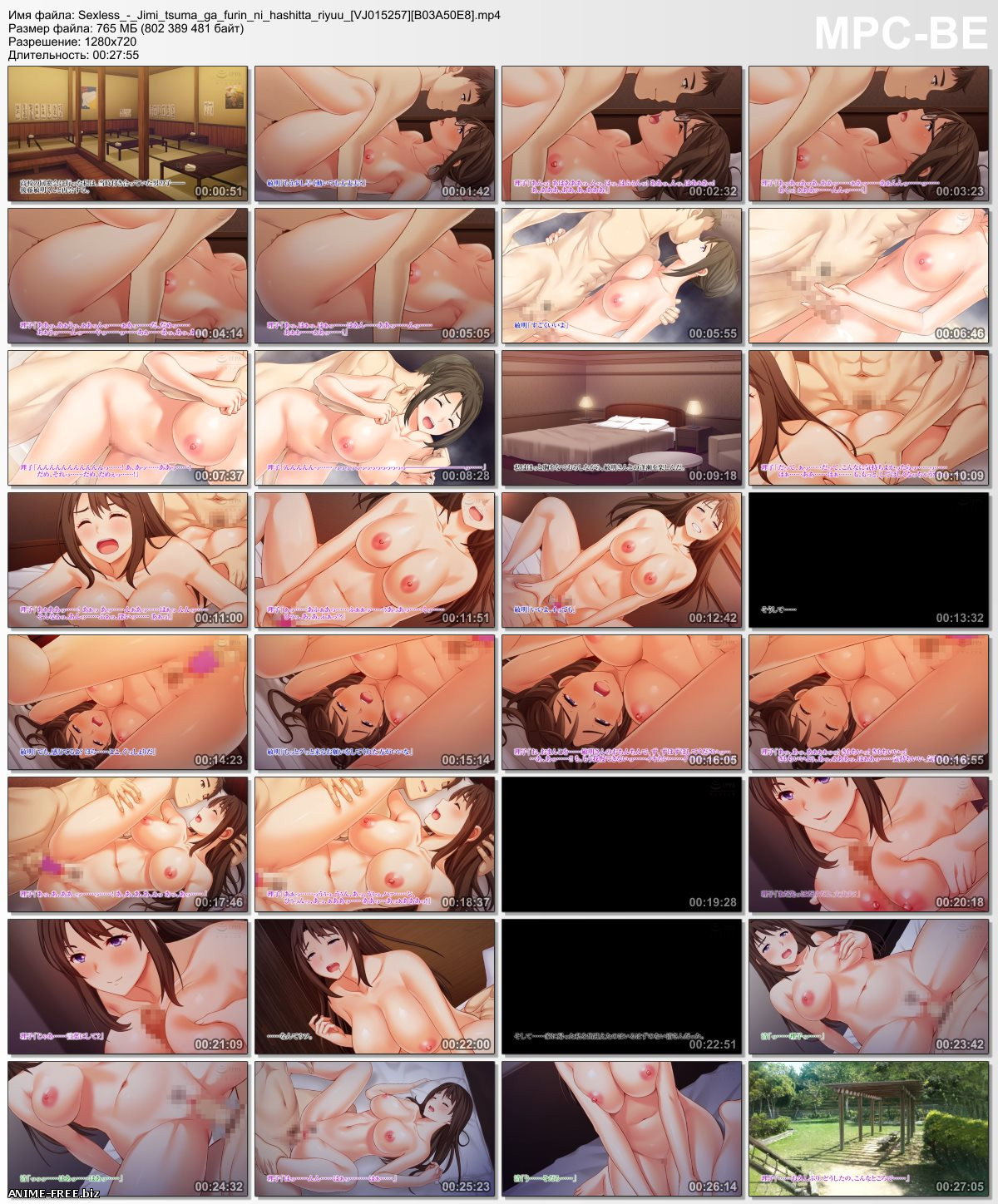